Chief Operating Officer Charlena Berry shares a behind-the-scenes look at the development of The Cake House brand and why it’s resonating with customers. Plus: 7 tips for creating a successful cannabis brand.

It’s not very often that you are tasked with defining the vision and trajectory for a new company, especially when your business has the potential to influence hundreds, if not thousands, of individuals by selling a product that is notoriously discriminated against, in an industry that seems nearly impossible to enter.

But when Daniel “Danny” Wise set out to build a chain of cannabis dispensaries in California, he had to do exactly that.

Danny had to visualize what it meant to break down decades of barriers. He had to imagine what the look, feel, and ultimately the brand would encompass for his chain of retail stores. When he started this journey, he began with a single emotion he wanted to evoke: happiness.

He wanted to create a customer experience that welcomed people of all ages, genders and ethnicities into the dispensary. It was also important that his concept be unique and compel new customers to feel comfortable enough to shop at his stores. It had to be different than the old “trap” shops in the state that sold cannabis in the gray area of Proposition 64. Then, after months of brainstorming dozens of concepts, one evening, it came to him: cake. He thought to himself, who doesn’t love cake? Everyone loves cake!

Much of this was inspired by his love of hip-hop artists who often reference cake in their songs, but it was so much more than that. Some of the most popular cultivars in cannabis are Wedding Cake, Lemon Cake, Birthday Cake, Pound Cake, Jungle Cake, Cherry Cake—the list could go on. Cake makes people happy. When people have cake, it is a celebration of something special to friends and family. From a lyrical perspective, cake is used often in music as a reference to earning money, paying bills, or to something being easy. The term can easily appeal to a broad set of demographics where the concept evokes the core emotions of joy and happiness.

Thinking of brands like Uber or Google, they started as a company but changed the market in a way where the company name became a verb. Ubering translates to taking an Uber, and the majority of people know what “Google it” means. When Danny took the concept of Cake to his team, that is exactly what happened. The team instantly embraced the brand and turned the company name into a verb where cake puns rule the day. Thus, “Cake” was born, and the company started to make Cake happen with the ultimate Cake-over!

When Danny approached his legal team with the concept of Cake, they said that “Cake” alone could not be protected as intellectual property and sent him to expand on the idea. After some peer feedback and further review, the concept of The Cake House came to life. The best part of The Cake House was that the initials are TCH. This is a clever nod to the traditional THC acronym because with a quick read, someone could quickly invert the C and the H only to see THC.

Beyond the name and logo, developing the Cake brand included designing the facility’s interior to match the company identity. The Cake Teal was inspired by the teal used by Chevy in the ’50s and ’60s, evoking joy and nostalgia. Within each store, there are fun catchphrases as part of the signage package like “Icing on the Cake” and “Have Your Cake and Smoke it Too.”

The Cake team also wanted to pay homage to the colorful and artistic nature of traditional cannabis culture. To achieve this, each store has a mural designed by local artists Travis “Sharky” Crosby and Hasler. Cake’s Vista, Calif., store features the Cake Spaceman as a nod to Wise’s determination that he “Won’t stop until there is a Cake on Mars!”

The Wildomar, Calif., store features a mural of the Monopoly Man with a Cake Machine where money is going in and cake is coming out. This references the sheer difficulty of navigating the complex real estate game to identify green-zoned properties and the expensive process of opening a cannabis retail store. The colors and shapes reflect messages from the Reefer Madness era.

In Cake’s Malibu, Calif., location, Danny surprised me with a tribute to my late brother, Shaun Berry. I lost him early in 2021 after his lifelong addiction to opiates. He had been clean for 90 days when he was given a fake valium laced with fentanyl. Shaun’s addiction started in the early 2000s when his stepfather developed cancer and was overprescribed opiates. Recent series like Hulu’s Dopesick show how this story resonates loudly with many families.

Seeing my pure devastation over this loss, this tribute serves as a humbling reminder of the stark reality—that if cannabis had been offered as a viable, non-addictive mechanism for pain management, Shaun’s life, and that of so many others, would have likely been very different.

Finally, with Danny being a Veteran of the U.S. Navy, he is a passionate advocate to support his brothers and sisters who have served in the military. Cake offers all active and retired members of the U.S. Military an everyday discount of 20% off and by donating cannabis products to Veterans under California’s SB34 Act. The Cake team actively recruits military Veterans and promotes diversity within the team. Each team member is trained with the proprietary C.A.A.K.E. guest model, where they are taught how to form a meaningful relationship with each customer and are encouraged to end each transaction with a memorable reason to return to the store or to leave a positive review.

Every detail of the Cake experience has been thought through to serve the company’s mission, which is to bring joy to customers while breaking down the barriers associated with cannabis usage.

It is easy to build relationships with employees, customers, and the community when everyone is aligned to serving the same goals. At Cake, we want to create a happy, welcoming customer experience for people of all ages, genders, and ethnicities. We believe it is important that we make cannabis accessible to anyone who would benefit from it, including Veterans and those seeking alternatives for pain management. Finally, we want to pay homage and celebrate traditional cannabis culture.

Moving at a record-breaking pace in California, Cake opened its first store in early August in Vista, followed by its second store in Malibu and third store in Wildomar in early September. So far, the customer feedback has been exceptional. The branding, combined with great products and pricing, is resonating with customers. Between Google, Weedmaps and Yelp, customers have already left hundreds of reviews where budtenders are regularly recognized by name.

Cake customers are enthusiastically endorsing the company for not only the delight that the shop brings, but because there is an authentic social purpose behind it. Month over month, all three locations have doubled the number of customers visiting each store. We regularly receive emails from our customers expressing joy at not only having access to great products at competitive pricing, but also eager to support Cake’s brand and mission. With more than 20 projects in Cake’s pipeline, this is just the beginning, and we look forward to continuing to put the icing on the cake!

Charlena Berry is the COO of The Cake House, a California-based cannabis company and CEO of Cannabis Business Growth, a consulting firm that specializes in winning cannabis licenses. 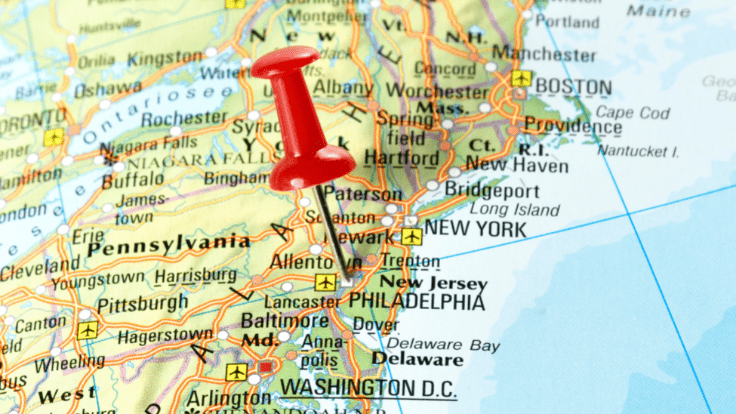 Adult-use cannabis sales are one step closer to becoming a reality in New Jersey.

According to JD Supra, CRC will prioritize reviewing, scoring and approving applications in the following order:

As Cannabis Business Times previously reported, the CRC is not permitted to approve more than 37 cultivation licenses between February 2021 and February 2023—excluding microbusinesses and expanded alternative treatment centers. However, during that time, the CRC may accept and review additional licenses as long as the issued license number does not exceed 37.

The state’s adult-use cannabis law requires legal sales to begin by mid-February or six months after the CRC adopted its initial rules in August, but, according to NJ.com, it’s unlikely sales will start by then without new businesses.

Medical cannabis businesses and growers in the state will first be permitted to legally sell adult-use cannabis once they can prove they have enough product to meet patient demand and can pay the fees to expand to the adult-use market, according to the news outlet.

CRC issued an additional 14 medical cannabis business licenses Oct. 15—10 cultivation and four vertically integrated—to minority- or women-owned companies, CBT reported. However, the newly licensed businesses must operate as medical-only for one year before being eligible to serve in the adult-use market, according to NJ.com.

Jeff Brown, CRC executive director, said the commission is “trying to move as quickly as [it] possibly can,” as several new medical dispensaries are still awaiting licenses, NJ.com reported.

The commission is set to host a pre-application webinar Nov. 30 for individuals interested in applying for a license.

Processing…
Success! You're on the list.
Whoops! There was an error and we couldn't process your subscription. Please reload the page and try again.